The Fine Line Between Success and Failure 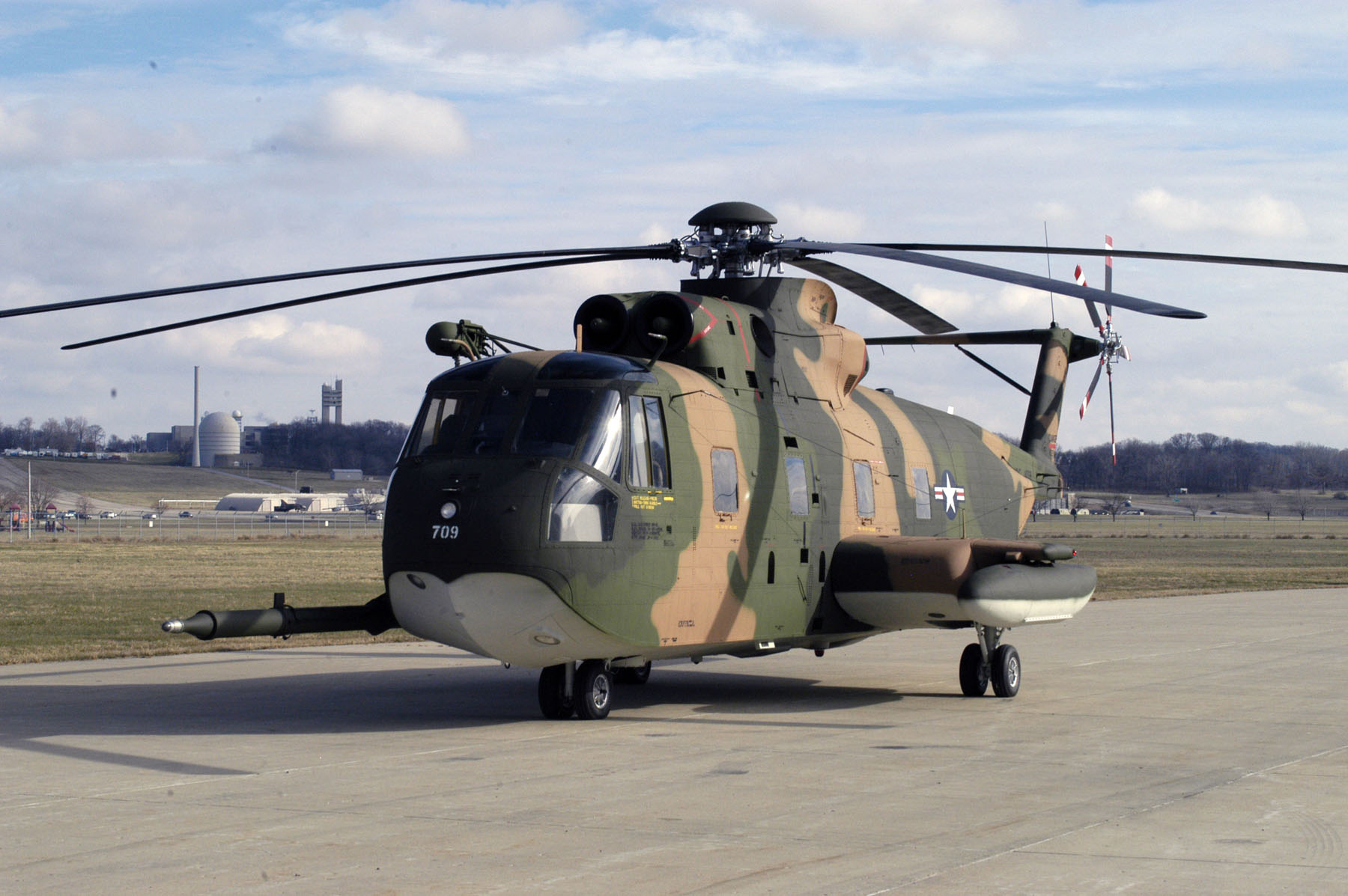 I have this dream. It’s a recurring dream. I think of it as a day mare, but the activity occurs at night. Before I get to the dream, here is some background. I am piloting an Air Force H-3 helicopter over the South China Sea approximately 75 miles West of Laoag City in the Northern Philippines. My crew includes a co-pilot, flight engineer and two pararescue specialists. We also have seven merchant marine seamen aboard who we just hoisted from a stormy ocean. These seamen were clinging to wooden structures roughly the size of a pallet. The wood structures were all that remained from their vessel which sunk earlier in the afternoon.

We were a young crew all in our mid to late twenties except for the engineer who was in his mid thirties. This was the kind of life saving mission we trained for, longed for and frequently fantasized out loud about at our squadron. It was an overwater hoist mission that started late in the afternoon and extended through the night. Hovering a helicopter over rough seas especially at night is a dicey situation. Unlike solid ground, the references needed to maintain a stable hover are constantly shifting. In this case, we deployed smoke flares into the water which provided some hover reference, but the survivors were not all in one spot, they were scattered and drifting with the current. Also helpful at night during this type of rescue would be another helicopter or a C-130 fixed wing aircraft to drop illumination flares to light up the area. However, no other support was available.

As we approached the shoreline after our initial recovery of seamen dusk had slipped into a pitch black night. The caution advisory panel in the cockpit had illuminated earlier indicating low fuel. By regulation we were supposed to land with a minimum of 500 pounds of fuel. We were already below that. Two fuel indicators were bouncing at 100 pounds each or less. The survivors in the back were in good shape except for skinned hands and bruises they acquired from the hoist cable and forest penetrator. The penetrator was designed primarily for the jungle extraction. Many of our survivors were baffled in regards to how to get on the penetrator and bruised themselves in the process or skinned their hands on the attaching cable. At one point, we deployed a pararescue specialist (aka PJs - Pararescue Jumper) to assist.

That is the background, here is the day mare, the dark thoughts that recur in my mind. We are still overwater at an altitude of 1000 feet, our airspeed is 110 knots or approximately 125 miles per hour. The lights from Laoag Airport are visibly growing brighter. Then, one after the other, our two whirring turbine engines make a slight cough and shutdown from fuel starvation. Additional caution lights illuminate and the co-pilot shrieks “engines 1 and 2 flameout.” Immediately the rotor rpm - revolutions per minute begins to decrease rapidly. I lower the collective in my left hand and pull back on the cyclic stick in my right to maintain rotor rpm and slow our airspeed.

I call out the emergency checklist and the co-pilot confirms our landing gear is up - for a water landing. “Mayday, mayday, mayday” I announce to the the radar controller who has been assisting us. We have entered autorotation - a controlled glide.

Where is the wind? The wind I am thinking was Northerly at the scene so I push the cyclic stick towards my left knee turning into the wind. Our descent is rapidly thrusting us at the ocean. Give me “150 feet” on the radar altimeter I demand of the co-pilot. We were just at 500 feet above the ocean and in the blink of an eye he responds 150. I begin a flare raising the helicopter’s nose upwards by pulling the cyclic stick towards me slowing our forward speed and then rapidly push the cyclic stick forward to level the helicopter. The co-pilot announces our altitude as 25 feet and I pull up on the collective to cushion the landing as the rotor rpm begins moaning toward its eventual stopping point. We abruptly enter the ocean like a fat man doing a belly flop from the high board. Our landing light illuminates the rotor blades in front which contact the ocean and begin breaking up as our helicopter rolls to my left side. Instantly we begin to sink. It’s time to end this dream. Why am I intent on such a fatalistic ending? Why must I drown the crew, survivors and myself?

Actually our landing at Laoag Airport was uneventful. The helicopter was shut down and we disembarked our survivors. We refuelled, returned to the scene and worked through the night hoisting out seven more seamen. For the second landing at Laoag to off load survivors our fuel situation was better, but, we again were below minimum fuel requirements. Our final attempt to locate more seamen was unsuccessful and we departed for home returning to Clark Air Base at dawn.

“Great mission” someone said in the squadron - “congratulations”! My crew and I were slowly winding down from 14 hours of an adrenalin high. “Fourteen saves that’s fantastic” someone else declared. The accolades would continue for some time. Praise would follow from senior officers at higher headquarters in numerous forms. Our squadron commander sent the mission details up the chain of command and eventually each member of the crew would be awarded the Air Medal. The low fuel situations were buried in the details for awhile. 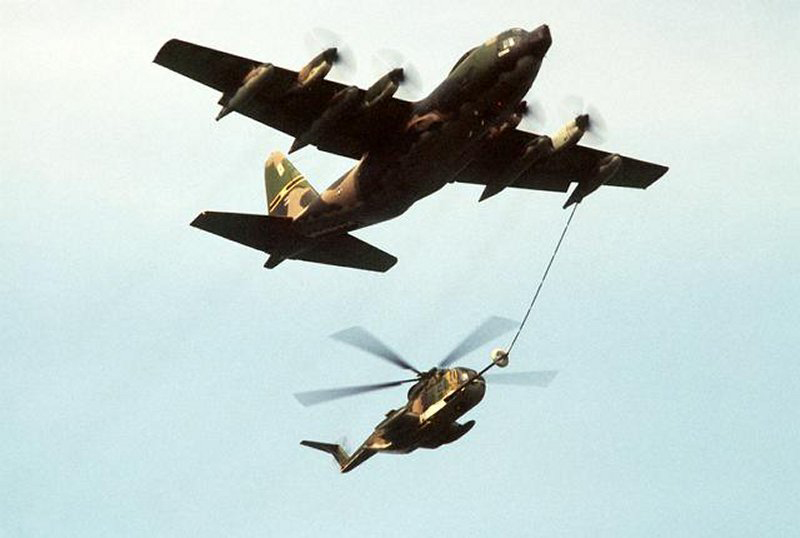 This night sea rescue was not the last time that I would run dangerously low on fuel during a rescue mission. I had one more experience overland during the day when an HC-130 “flying gas station” saved me from running out of fuel, and the embarrassment of making an emergency landing on a dirt road in Central Luzon. Following the third instance and a good scolding from my squadron commander, that was end of my daring exploits in the sky. After that: I always landed with minimum fuel requirements or more. This was long ago.

In been over 35 years since this first assignment flying H-3 helicopters in the Philippines. In hindsight and in regards to those rescue missions, I now see what a fine line there is at times between success and failure. In my case, that fine line was a small amount of aviation fuel. Through time and more flying experience that fine line got wider, and that recurring dream, I tied it to a good size boulder and let it sink in the ocean.